I am proud to call Sherman home and to serve as Mayor. Sherman is a great place to raise families, work prosperously, and fellowship together as a thriving community. I’m committed to preserving this rich heritage and I ask for your vote for re-election.

I am proud to call Sherman home and to serve as Mayor. Sherman is a great place to raise families, work prosperously, and fellowship together as a thriving community. I’m committed to preserving this rich heritage and I ask for your vote for re-election.

David Plyler was born and raised in Sherman, Texas. He attended Sherman public schools, graduating from Sherman High School in 1984. David went on to earn his Bachelor of Science in Construction Technology from Texas Tech University before returning to Sherman to work and raise his family.

David currently serves as President of Plyler Construction – a family-owned business founded in Sherman in 1962 by David’s grandfather, Lloyd. David is actively involved in its construction projects, both large and small scale. Over the past 6 decades, many of the Sherman’s landmark structures were built in all/part by Plyler Construction, cultivating in David a deeply personal commitment to Sherman’s heritage as well as its continued success as a community.

David has served on the Sherman City Council since 2011 and was elected Mayor on November 3, 2015. During his tenure as Mayor, David has overseen historic levels of growth and development – adding nearly $1 Billion in new property tax values to Sherman’s tax rolls – helping to fund the capacity needed to manage Sherman’s expanding landscape while keeping taxes low and helping to maintain a business-friendly environment.

When it comes to the city’s budget and operations, David is proud to work with an award-winning City team in providing the attention to detail he gives to his own business – spending tax dollars carefully, making wise investments, and working to enhance the quality of life for all citizens. 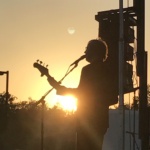 David has a well-earned reputation for being a tireless leader who listens and often works quietly to achieve results and resolve challenges.  His love of music has also punctuated his tenure as Mayor – significantly increasing tourism and promoting downtown Sherman with one of the areas’ most successful concert series – Hot Summer Nights.  The concert series features both local artists as well as artists from around the country.  David is often affectionately referred to as the “The Rockin’ Mayor” and has garnered high marks for his ability to bring people together, maintain harmony and keep the community moving forward during difficult times, including the recent challenges presented by COVID.

David and his wife of 30 years, Mignon, have 3 grown children and 2 sons-in-law.  They are active members of North Park Baptist Church

CEO, Meals on Wheels of Texoma

How Politics Affects Our Lives

How can we get our country back on track? How to preserve our Constitution? All these core questions have been evolving in our minds for years.

Politics of the World Economy

We believe, that to bring our economic and social life to the new level, we must use non-standard and non-traditional means in our work.

Stay in Touch with Us